However, it is much more difficult to freeze than one might think as it can separate when it is defrosted later on. Thankfully, there are some things that you can do during the freezing and defrosting process to help avoid the outcome of almond milk that cannot be used. 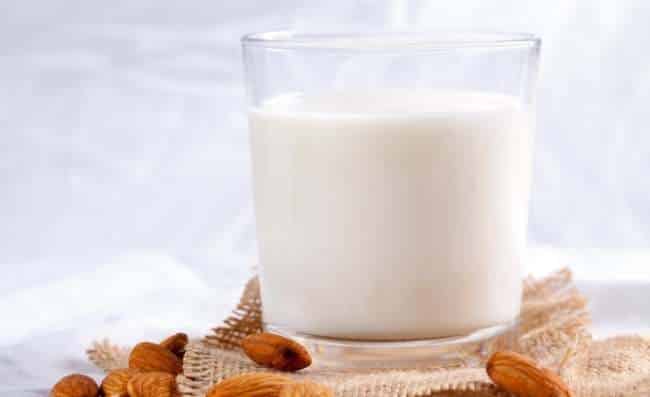 Most almond milk suppliers do not recommend that you freeze your almond milk, but others say that you can. The reason that so many companies advise against it is that if it isn’t frozen and defrosted following a specific method, then the liquid will separate, causing a very unpleasant result that you wouldn’t want to drink.

How to Freeze Almond Milk

Usually, when almond milk is defrosted after being frozen, it will separate the solids from the liquids, and you will end up with all of the solid elements sinking to the bottom of the glass. Nobody would want to drink the milk of this consistency, but there are some things that you can do to avoid or fix this situation.

The same can also be said for homemade almond milk. If you make this milk yourself, you can freeze it, and there will be a similar texture to the milk as one that you have frozen and thawed out from the store. Fresh almond milk also won’t last as long, so if you are using this alternative, you will need to freeze it quicker than you would store-bought products.

The best method of freezing almond milk is to use ice cube trays. Simply fill the contents of an ice cube tray with the appropriate amount of milk and put the tray in the freezer. This will allow you to take out only the amount that you need easily, and you can just remove as many cubes from the tray at a time as you need. You can also add a few cubes into a hot beverage as needed.

Another way of freezing almond milk is to store it in a container. Consider the amount of almond milk that you would need to thaw at one time, and fill the container with this amount of milk. You can use as many containers as you like.

How to Defrost Almond Milk

There are a few different options to choose from in terms of defrosting almond milk. The first of which is to put your frozen container into the fridge. This will take a while for the milk to thaw out fully, but it is the best and safest method to follow.

If you put the frozen milk container into the refrigerator the night before you need it, it will be ready to use by the time the morning comes around. Otherwise, you will have to wait for a few hours before it will be ready to use. The bigger the container, the longer it will take to defrost. If you are only defrosting a few cubes of milk, it won’t take much time at all.

Another way to defrost your frozen almond milk is to put the container into a bowl of water or hold it under a running tap. Water will conduct heat better than air would, so it will make the process faster.

You should never use warm water to do this as it won’t defrost properly. Cold water is still going to be warmer than the frozen milk, which will speed up the thawing process. It is also much safer to use cold water.

The final method of defrosting frozen almond milk is to defrost it while you are cooking. If you are making a certain dish that requires a splash of almond milk, you can throw in a few cubes while it is over the stove’s heat. Make sure to mix it thoroughly if you are following this method.

Ideally, you shouldn’t freeze almond milk with the intention of defrosting it to drink a glass of it straight. The results that you will end up with will not be suitable for drinking due to the separation of the milk.

While it isn’t gone off, this is the consistency that the milk will have after defrosting it. Alternatively, you can freeze almond milk if you intend to use it as part of a recipe or to add to a hot drink because you can use a blender to restore the milk, and it will then be suitable for things like milkshakes or for baking purposes.

The taste and texture will not be noticeably different, and it is still safe to use and consume.

You should also note that some brands of almond milk will freeze better than others. This may take some trial and error to figure out which ones are suitable for freezing and which ones aren’t, but not every brand is going to work well. Try freezing different brands, and see which ones turn out the best.

If you are filling up a container with almond milk in order to freeze it, you will need to make sure that you leave some space in the container. This is because almond milk is made up of mostly water, which will expand when it is frozen. If there is no room to expand, the container can explode or break.

It is possible to freeze almond milk, but you will need to be careful during the process to avoid using separated milk. Not only will it taste bad, but it will also have a thick and lumpy consistency that will not be pleasant to drink.

If you are using defrosted almond milk for any purpose, be sure to blend it first to make sure that the milk is no longer separated.