Watermelon has plenty to give and it can be difficult to eat it all before it goes bad and gets wasted.

The good news is that you can freeze watermelon if you want to preserve it for a little while longer, but you do run the risk of it not being so yummy when it’s defrosted.

Unfortunately, the taste and texture of watermelon can be affected by freezing leftover fruit. However, you will notice the effects differ depending on how you’re going to use your frozen watermelon. You can freeze watermelon and use it in a smoothie without noticing the changes.

How To Freeze Watermelon

Freezing watermelon is simple and quick to conduct, so it won’t take you very long at all. Once your watermelon is safely in the freezer it can remain there for up to eight to twelve months. If you’re a big fan of watermelon you can freeze a whole heap of it and continue to enjoy it until the fruit comes back into season!

It is best to flash freeze your watermelon so that the chunks don’t stick together as they freeze. Flash freezing them allows you to be able to grab however many chunks you need quickly without having to break pieces apart. 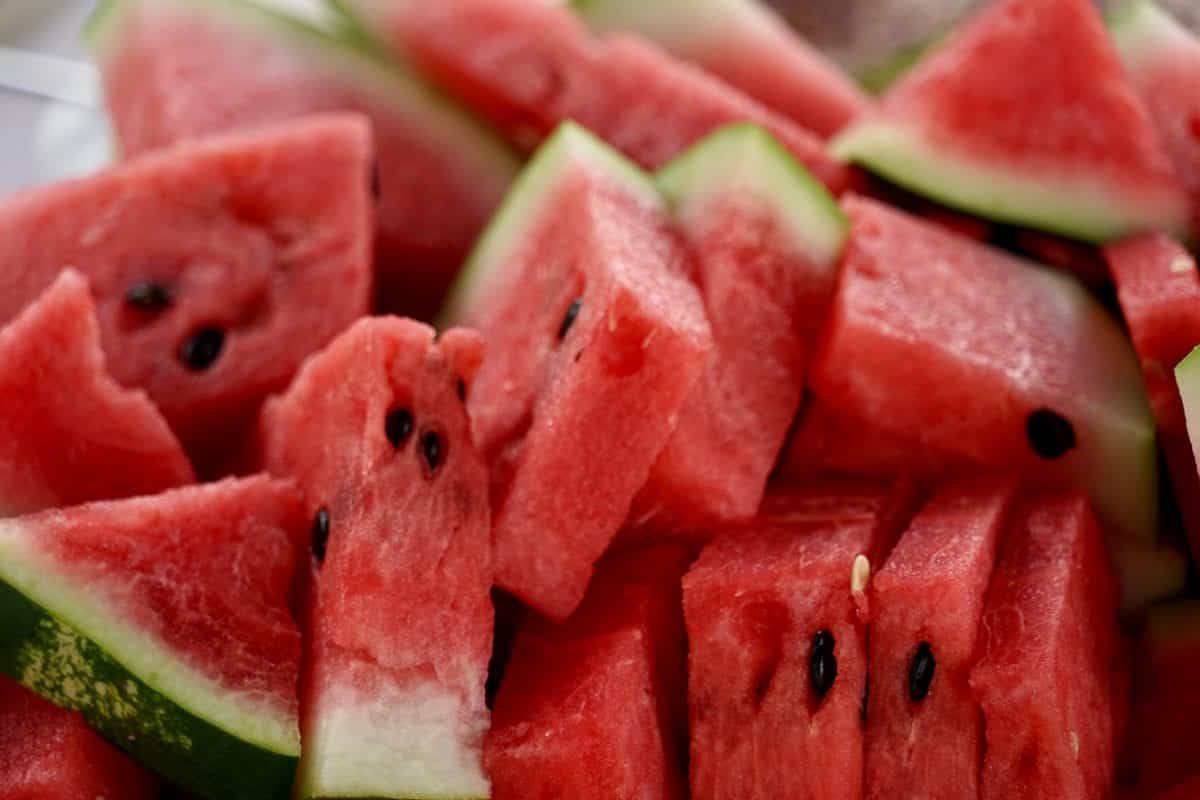 To flash freeze your watermelon, you will first need to cut the fruit up into small chunks. You can either do this with a knife or a melon baller if you have one. Next, you should remove as many of the seeds as possible as these don’t need to be frozen.

Take all of your pieces of watermelon and lay them on a baking sheet. They don’t need to be too far away from each other so that you can fit as many as possible on the sheet, but they cannot be touching each other. Now flash freeze them for a few hours or until they feel hard to touch.

Remove them from the baking tray and put them into a freezer bag before storing them in the freezer until you next need them.

How To Defrost Watermelon

Remove as many chunks as you need and place them in a bowl or on a plate. Take them and put them in the refrigerator.

In the refrigerator, your watermelon chunks will take around five hours to completely thaw. This method is best if you want your chunks to still be cold when you eat them. Alternatively, you can thaw your frozen watermelon at room temperature. Follow the above steps but leave them on the countertop instead of in the refrigerator.

Defrosting your watermelon at room temperature is only suitable for smaller chunks and you should eat them as soon as they’re defrosted. If you leave them for too long they might go bad and all of your efforts will have been wasted. Small chunks should take around an hour to defrost at room temperature.

Finally, you don’t have to defrost watermelon at all to use it if you didn’t want to. Frozen watermelon is a lovely snack and can be used in salads for a great crunch. Similarly, you could use frozen watermelon in smoothies, water, and alcoholic beverages for a refreshing flavor.

Factors to Consider Before Freezing Watermelon

Before you freeze your watermelon you should know a couple of important things about what you’re about to do. There is no denying that watermelon is one of the best fruits out there, with a refreshing and hydrating taste and crunchy texture.

Once thawed, many people have experienced mushy watermelon rather than crisp chunks. This is very disappointing when you’re expecting something and get the complete opposite. The taste might also not be as refreshing as it was before.

Watermelons are made up of around 92% water. When you freeze the watermelon, this water will freeze along with the rest of the fruit. However, when it defrosts a lot of this water will be removed from the fruit and you’ll be left with mushy cubes swimming in pools of water.

You’ll be left with a less hydrating, mushier version of your favorite summer fruit. For this reason, many people decide not to freeze watermelon if they want to eat it raw. However, using your frozen watermelon in a sorbet or drink can be very successful.

So, if you have a lot of leftover watermelons that you don’t want to go to waste, why not look up some recipes that you can use your fruit with? Watermelon lemonade, sangria, or smoothies all come to mind!