You can freeze deli meat of all varieties, but there are certain types of deli meat that will freeze better, like salami, pepperoni, and other cured meats, because they contain less water. Nonetheless, you can also freeze your regular deli meat with ease if you follow the necessary steps.

These meats do typically tend to last for around a week when they are refrigerated, but if this doesn’t give you enough time to get through it all, then you can pop it in the freezer to save for a later date. However, you will need to make sure that you freeze and defrost them properly to avoid ruining the taste and texture of the meat.

How to Freeze Deli Meat

The method of freezing deli meats will depend on what kind of meat it is. For unopened store-bought products, you should keep the meat in its original packaging.

The packages are vacuum sealed and are actually one of the best ways to freeze your meats to ensure that they last a long time. All you need to do is place the entire packaging straight into the freezer. 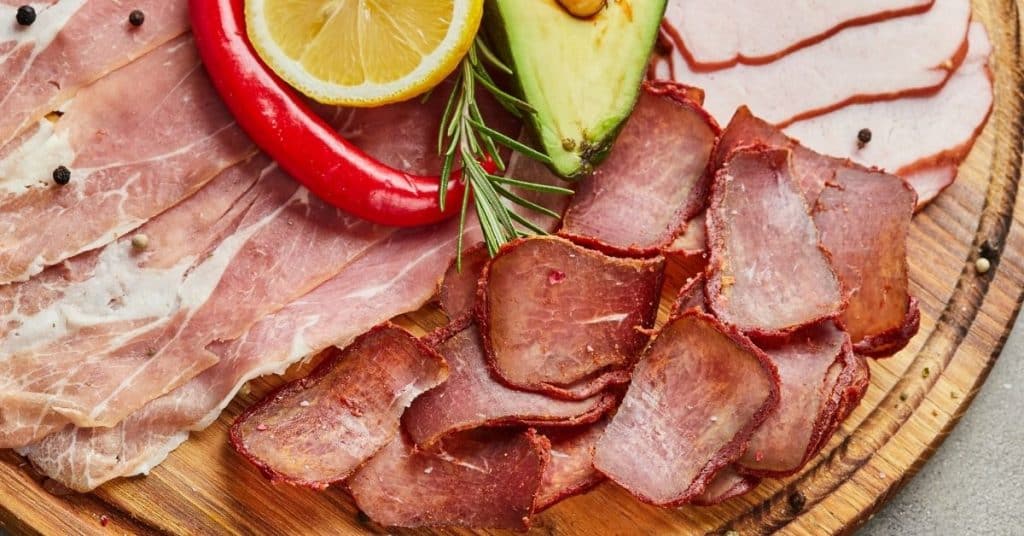 For leftovers or cooked deli meats, you will need to transfer them into a new container before freezing. The container should be airtight, which will help to prevent freezer burns and a lack of moisture. If the cuts of meat that you intend to freeze are larger, then you can use lots of layers of film or foil to wrap around the meat.

Make sure to not leave any parts of your meat exposed, and then transfer the deli meat into a suitably sized container or freezer food bags. You can then put it in the freezer to freeze.

If you have a lot of deli meat left over, you can place it into multiple freezer bags or containers so that it is split into portions. This will allow you to take out only the amount that you need, rather than the entire amount.

No matter which one of these methods that you use, the deli meat will have to be used up within a certain amount of time. Generally, the guideline is to consume frozen deli meats within two months of freezing. This is when the product will be at its best in terms of flavor and texture, and it will also definitely be safe to eat.

How to Defrost Deli Meat

It might seem like a time consuming job to portion your deli meat when you freeze it, but it can save you some time when it comes to defrosting it as it will allow you to remove only the amount that you need. This way, you won’t have to defrost all of your deli meat at once. If you do wish to use it all at once, then this won’t apply to you.

The best time to take your deli meat out of the freezer is the night before the day that you intend to use it. You should remove the bag or container from the freezer and place it into the fridge to defrost overnight.

If you are in a bit of a rush to get your deli meat to defrost, you can put it in a bowl of cold water while the meat is still in its container or bag. You will need to change the water so that it stays at the right temperature in order to defrost the deli meat.

Once you have defrosted your frozen deli meat, you will need to use it within three days, while it is still fresh. Anything past this time might not be safe to eat.

Meat belongs to the category of high-risk foods, so when freezing your deli meats, you will need to make sure that you are defrosting and consuming them within a safe amount of time.

Typically, sliced deli meats will last for around two months when frozen, and if they have been frozen for longer than this, you should discard them. It is better to be on the safe side and either use them within the two month period or throw them away.

This is a shorter amount of freezing time than other products, but it should still give you plenty of time to get around to using them.

The best way to keep track of the amount of time that your deli meats have been frozen is to write the date on them before you store them in the freezer. You can also work out what the date will be in two months and write this down too.

This way, you won’t have to question whether or not they are safe to eat, as you will know precisely when they are going to pass their expiry date.

Deli meats will need to be frozen using the correct packaging or container. The idea is to create a tight seal as then the moisture will not be able to penetrate the meat. This way, you can be assured that the meat is being stored in the correct environment and you will not be sacrificing the flavor and texture of the meat when you freeze it.

If you came here to find out if you can freeze your leftover deli meat, you should now be prepared on how to do so. It is perfectly fine to freeze deli meats, but you will need to make sure that they aren’t frozen for more than two months as they will start to degrade after this point in time. You will also need to eat it within three days of defrosting to ensure that it is still safe for consumption.

As long as you are storing your meat using the methods that we have explained, you’ll be good to go.