The salty, tangy flavor and mouthwatering, crumbly texture of feta cheese make it one of the most popular cheeses out there. But, while it’s undeniably delicious, there aren’t many recipes that call for the quantity that it is sold in.

Like all dairy products, feta cheese has a relatively short shelf life. This is reduced even further once it’s been opened and, in most cases, you’ve got to try and find something to do with it in a very small window of time before it goes bad.

There is a solution to this problem, though. If you’ve ever asked yourself “Can you freeze feta cheese?”, the short answer is yes, you absolutely can! And, below, we’ll tell you exactly how to do it. 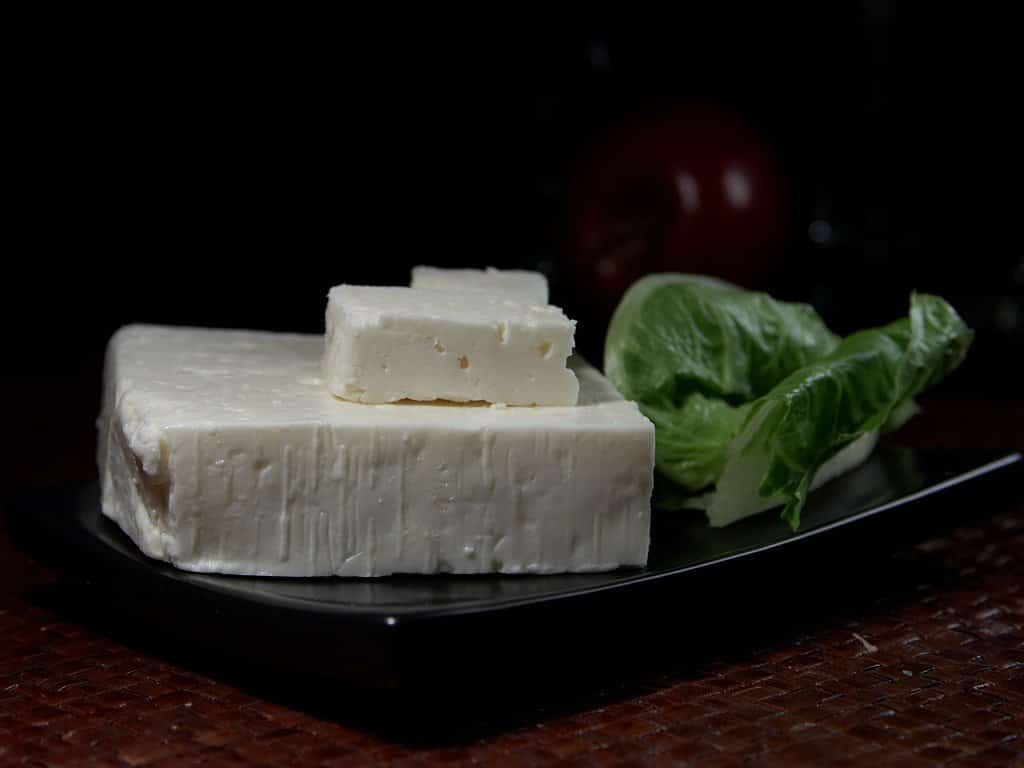 How to Freeze Feta Cheese

When it comes to freezing feta cheese, the first thing you need to think about is what form you’ve purchased it in. Feta cheese is most commonly available in blocks, but you can also purchase it pre-crumbled. Each of these needs to be frozen in a slightly different way.

Let’s look at blocks first. If your feta has still got some of the liquid used for its preservation in the packet, begin by draining this off. Once you’ve done that follow the steps below:

You can also cut an entire block of feta into many smaller cubes for storage if you prefer. The freezing process is much less detailed when you do this too, and you simply need to place your cubed feta into a freezer bag before squeezing the air out and sealing.

If you’ve purchased pre-crumbled feta, the freezing process is much different from the steps above. It’s also a lot easier. Here’s how to do it:

It’s really that simple! If you don’t fancy diving the cheese up in this way, you can also freeze pre-crumbled feta in the packaging it came in. Just make sure you cover it with a good few layers of plastic wrap before you pop it in the freezer.

How to Defrost Feta Cheese

Now, let’s take a look at how to defrost your delicious frozen feta. The most important thing you need to remember when defrosting feta cheese is that it always needs to be kept cold.

So, while you might be used to leaving other frozen items out on your kitchen counter to defrost at room temperature, feta will need to be moved to another cold environment while it defrosts.

The best, and safest, way of doing this is to take it from the freezer and place it directly into your fridge. You can stash it in a separate bowl if you’re concerned about it leaking onto your shelves or other refrigerated food.

However, if you’ve discarded any preserving liquid before freezing the feta, there is a very small chance of this happening.

One thing you must absolutely never do, even if you’re in a rush, is use your microwave to defrost feta cheese. This will just cook it and ruin it. If you’ve forgotten to take your feta out of the freezer to defrost ahead of time, you can speed the process up a little by placing it in a bowl of cold water instead.

The amount of time your feta will take to defrost will ultimately depend on how large the chunks are that you’ve frozen it in. For this reason, also, pre-crumbled feta will defrost at a much quicker rate than blocks.

Although freezing feta is a fantastic way to preserve it for future use, it will still need to be used within a certain time. On average, feta cheese can be frozen for up to a month before it starts to become less usable. You’ll also need to make sure it hasn’t gone past its expiration date before you freeze it. Otherwise, you’re essentially just freezing gone-off cheese!

There are also a couple of ways that freezing feta affects its quality too, so this is something you’ll need to consider before you decide to freeze it. The first of these is the taste. The freezing process will mute some of its saltiness, so you may want to consider this and perhaps defrost more than a recipe states to allow for the reduced salt flavor.

The second thing that happens to feta is the freezer is a reduction in its creamy texture. Since you’ve discarded the brine it was in, the remaining water content will turn to ice crystals. And, once these thaw, they’ll cause the feta to dry out a little.

Freezing feta is a really great way of keeping it for longer and, depending on the form you’ve purchased, it’s not an overly complicated process either. However, there are some things to think about before you do, especially as the freezing process has an effect on its taste and texture.

If you’re planning on tossing it through a Greek salad or serving it as part of a cheeseboard, you might want to think twice about freezing your feta. This is because you won’t get that salty flavor or creamy consistency in the same way as you would with fresh feta.

However, if you’re freezing your feta for a dish such as macaroni and cheese, or anything else it will melt into it, you’ll be less likely to notice any of the effects freezing has on it.