Whether it’s gas or electric, the most common cooking method is the stove. However, what sets the Instant Pot apart?

These shorter cooking times act as not only a time-saver but also a gateway to healthier food. The longer your food sits, the more nutrients are lost. 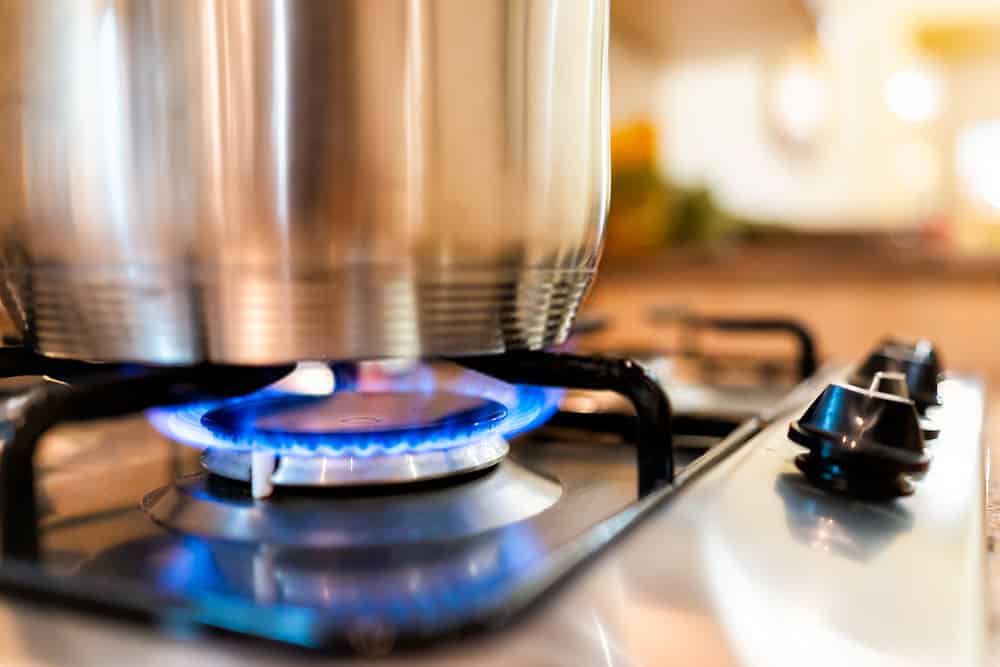 Pressure cookers on average cook food around 70-90% faster than regular stovetops. For example, a medium-size roast will be ready in 30 minutes rather than an hour, while vegetables will take 5 minutes or less to cook. This prevents you from “cooking up” all the nutrients in your foods.

A study in 1995 found that pressure cooking came out on top when it came to preserving nutrients, against various other cooking methods. Boiling proved to be the worst of the options with up to 60% of nutrients being lost, while Pressure Cooking showed preservation rates of above 90% throughout. Roasting and Steaming proved to be a little inconsistent in their results. However, they preserved, on average, up to 90% of the nutrients (Wells, 2019).

While it’s impossible for a cooking method to retain 100% of nutritional value, pressure cooking provides us with the closest alternative to ultimate healthy cooking.

Another potential advantage of pressure cookers is that they are energy efficient. Instant Pots can save around 70% of electricity compared to other kitchen appliances, such as your stove, oven, etc.

As has already been mentioned, the Instant Pot’s versatility is a great feature for your kitchen. You can bake cheesecakes or steam vegetables all using the same appliance. No longer is there a need to clutter your kitchen with various items.

On top of this, you can set a timer for when you would like to begin cooking. If you’d like to have a delicious meal ready and waiting once you get home from work, you can choose to set the timer to start just before you arrive, giving you a warm, comforting meal upon your arrival.

Something else most people have to think about when buying anything for the home is the safety of their children. If there are kids in the house, we have to be careful in the kitchen, especially with the presence of a stove. Obviously, Instant Pots are not without their own risks; however those risks are substantially reduced when compared to the stove. The plates are not in the open for direct contact, and the temperature will never exceed the desired threshold.

It’s hard to forget the delicious variety of flavors that become present in your foods as well. Everything, from the liquids to the various aromas, stay enclosed inside the Instant Pot. The flavors are preserved within the foods, and so the taste is absolutely amazing! So, it’s faster, easier, safer and healthier! What more could you ask for when preparing to cook a great meal?

Given its increased nutrient preservation, Instant Pots provide you with healthier methods of eating, which can help aid weight loss, while still having a respectable diet. This reduces your potential risk of major health issues such as heart disease, stroke, cancer and diabetes.

In fact, further studies have proven that pressure cooking helps to remove chemical compounds from food that were considered harmful. For example, a study in 1995 created a test case, where peas were soaked overnight, before being pressure cooked. This test saw a reduction in phytic acid of 54%, as opposed to 29% if the peas were boiled instead. Phytic acid often called an anti-nutrient, is a natural ingredient found in most plant seeds that restricts the absorption of minerals by the body. This study also showed that pressure cooking eliminated other problematic compounds, such as acrylamide and heterocyclic amines. Both these compounds have been known to increase the risks of cancer in the host, while other cooking methods tend to produce these sorts of chemicals when operating at high temperatures (Herring, 2019).

The Instant Pot substantially increases our food’s nutrient content in comparison to regular stovetop cooking. This gives us the opportunity to make the delicious foods we love while maintaining a healthy diet.